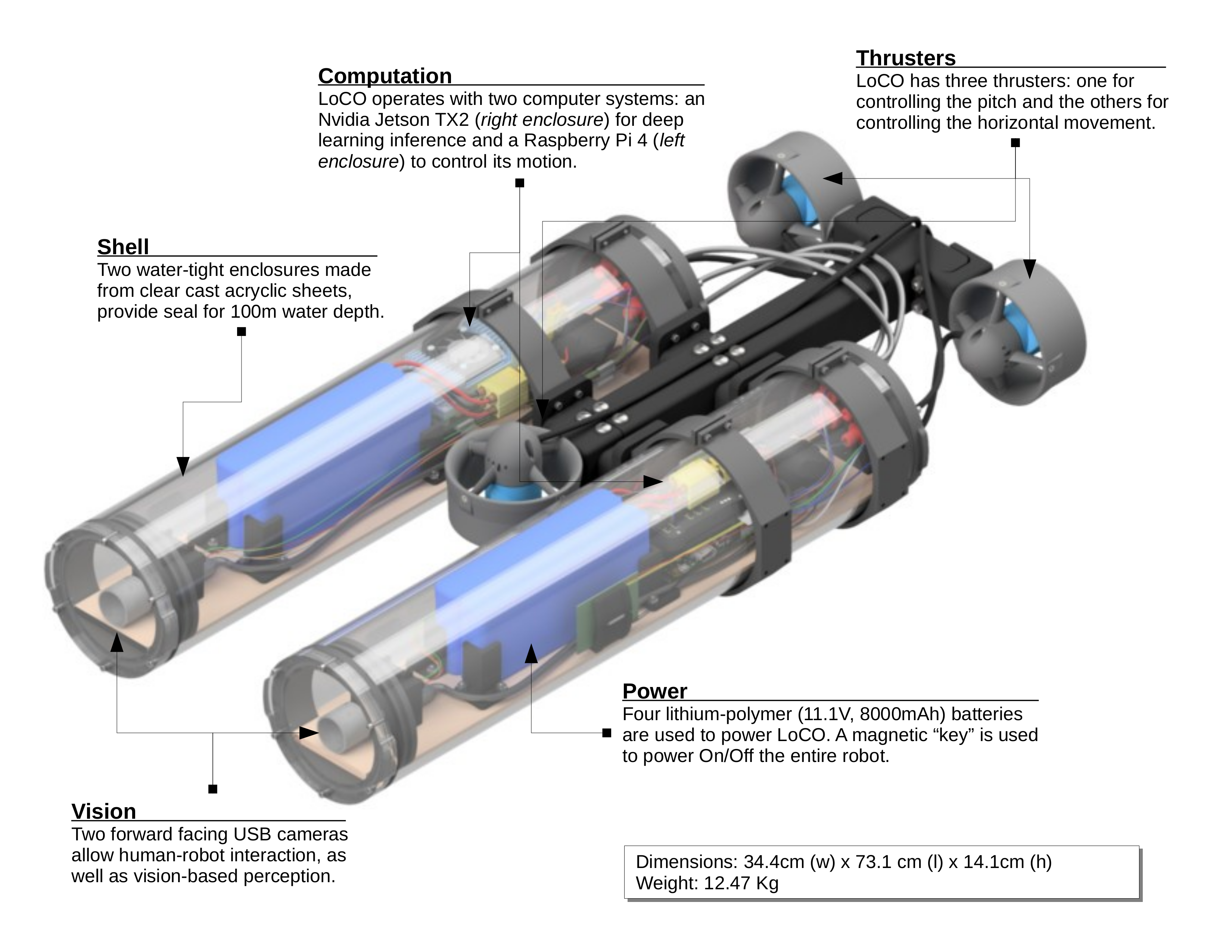 LoCO AUV is a Low-Cost Open-Source Autonomous Underwater Vehicle intended for use by school groups and research groups with low levels of funding and personel. LoCO can be assembled with little technical knowledge from approximately $4000 USD worth of off-the-shelf and custom parts, and can be operated and deployed by very small teams.

LoCO AUV is currently being tested and documented for a full version 1.0 release, and awaiting University clearence for release under a permissive open-source license.